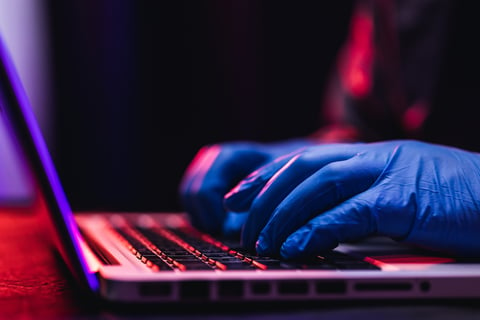 In order to secure your software, you need to understand your attackers, their motivation, their strengths, what you have that they’d want, and where they’ll attack you to get it.

Establishing a threat model is how you do all of this.

Understand what to protect, whom to defend against, and where you’ll be attacked.

Threat modeling is an adversary-centric exercise in which you define three things:

These lay the foundation of your entire security plan. They guide where you invest time, effort, and money. You do not have unlimited resources, so you cannot defend against everything all of the time.

You simply cannot win without this plan. As Warren Buffett famously said, “An idiot with a plan can beat a genius without a plan.”

Establishing your threat model is a collaborative process between in-house staff and your security partner. In theory, you could develop it all on your own. Or alternatively, you could offload it entirely to your partner. But it’s really better to approach this together. There are many threat modeling frameworks out there, and each has its own merits. The point isn’t to compare and contrast the different frameworks. The point is to get super clear on what matters to your company and why in order to determine how to protect it.

Here’s an approach that works really well (which is why we use it): we start with a collaborative discussion with our customers about what they need to protect, which informs our thinking about adversaries and attack scenarios. Those then guide how we think about the various attack surfaces we will explore in the security assessment. As a result, our reports briefly describe the assets that the customer noted as important and then briefly describe the adversaries relevant to those assets. Discussion of attack surfaces is then woven into the vulnerability write-ups throughout the report.

Your threat model documentation could be as extensive as a full-blown, stand-alone document that is dozens of pages long, or it could be as simple as an informal summary of the primary components. Either way, the point is less about documentation and more about understanding. You need to understand your threat model. You simply cannot skip that. Everything you do—from rating severity to prioritizing remediations to communicating to your customers—is all based on the unique circumstances of your threat model.

As far as when to do this, the best time is at the beginning of your security journey. In the next chapter, you’ll learn how to build security into the development process—establishing a threat model is an action you’ll be advised to take during the early stages. However, most people overlook this until much later in the process (and many don’t even do it at all, because they didn’t even know what a threat model was, let alone why they should have one). If that’s your case, that’s OK. It’s never too late to understand your threat model. Just start working on it now. Furthermore, it’s a constantly evolving concept, so you’re going to be updating it periodically anyway.

In The Art of War, Sun Tzu famously proclaimed the secret to success in battle:

It’s called “threat modeling” because it’s focused on attackers, who are also known as threats.

Attacker motivation is critical to understand. Different adversaries attack for different reasons. You must know why they attack so you can know how to defend. For example, some attackers want to make money. If your security measures make it too expensive for them to attack you, they’ll attack someone else instead.

There’s an interesting wrinkle about motivation: even if it’s not immediately obvious why, you actually might be the ideal candidate for an attacker to target. For example, consider when one hundred thousand cheap, basic surveillance cameras were attacked and exploited in the Mirai botnet. Neither the small business owners who bought them nor the manufacturers who produced them thought anyone would care to attack these cameras. Yet, it happened. A botnet is a network of compromised devices that are infected and controlled as a group without the owners’ knowledge. The Mirai botnet was used in an attack that made the internet unusable for substantial portions of the East Coast of the United States. This was massively disruptive. It made many online services and applications unusable. The motivation wasn’t about hurting the store owners. It was about taking the internet offline. The point is this: when you consider why they might attack, you have to think bigger than what’s most immediately obvious. Earlier, you learned how and why to think like an attacker; here’s when you especially want to apply that advice.

Once you’ve considered motivation, consider capabilities and why they matter:

Some attackers have nearly infinite amounts of several of these. Others have almost none. Understanding who has what helps you understand how dangerous your enemies are.

The key to all of this is an important lesson: to defend against attackers, you need to think like them. I’ll explain each attacker type and then prompt you to think about whether you need to worry about them. The prompt questions are not exhaustive—I could fill an entire book with the many wild and crazy attack scenarios that exist (and frankly, it would be really fun to do that! Maybe for my next book). Instead, think of these prompt questions as the start of a discussion. Use them to spark the dialogue among your team as you strive to think like an attacker. Definitely involve your security partner with this element (ideally, they should be driving it). 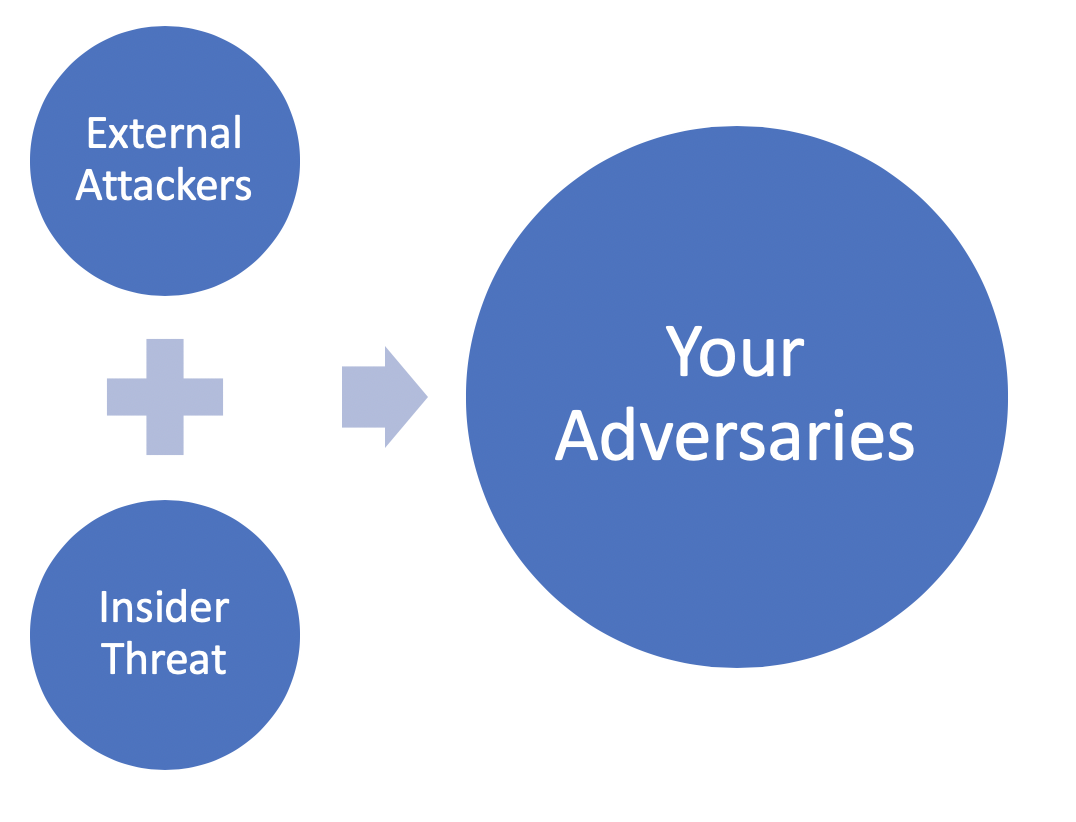 Casual hackers (also known as individual hackers or small-group hackers) are explorers, problem solvers, and even anarchists. They see hacking as a challenge. They might not even be malicious. They just want to prove they can do it.

Hacktivists have an ideology and attack in order to draw attention to it. This group includes terrorists who pursue ruthless causes.

Some companies attack each other to gain a competitive advantage, steal intellectual property, or save on research and development (R&D). They have significant budgets and hire elite talent. There’s usually a foreign element to this, where a company of one nation attacks companies from another nation. However, domestic examples appear as well.

Organized criminals want to make money. They have extensive financial resources, dedicate lots of time, acquire elite skills, and have access to stockpiles of zero-days. They’re among the most capable adversaries you’ll face.

Nation-states are the most capable and dangerous attacker type there is. They are countries who seek geopolitical advantage. They have tremendous resources, including plenty of money, skill, and computational power. They have access to the internet backbone as well as stockpiles of zero-days. They have nearly unlimited time.

Many companies assume that a nation-state would not focus on them. That is flawed thinking, though. To determine if you should concern yourself with this attacker, ask yourself:

Almost every day, I hear someone boast about their security-testing program being awesome because they do “external penetration testing.” You’ve probably heard people say this, too, and maybe you even think it yourself. Here’s the problem, though: attackers aren’t always coming from an external vantage point. If that’s all you’re considering, you’re already sunk. What about the external attacker who has escalated privileges and now has insider access? What about the attacker who is an insider? What about the people you already know and trust?

External is not enough. You need to look inside, too.

So let’s talk about the insider threat.

Many people think that an insider is an employee. That is often true. However, being an insider is not about employment status; it’s about having elevated trust and elevated access. Elevated trust means this person is trusted more than other people. There is confidence that this person will not harm the company. Elevated access means this person can access more systems and more assets than other people. This person was hired to perform a job and provided the means to do it.

Insiders have these conditions; external attackers do not. All employees have these conditions, of course. However, other trusted parties do, too. Your vendors, third-party integration partners, consultants, advisors, board members, janitors, shareholders, and maybe even your family members can all become the insider threat.

Finally, keep in mind that the insider threat is not a single type of attacker. It’s a collection of attackers, each of which have different motivations, skills, and access to resources. There are four types: accidental insider, opportunistic insider, disgruntled insider, and malicious insider.

Accidental insiders are otherwise trustworthy and don’t mean to harm your company—they just do something dumb. Even the smartest people click malicious links, download malicious attachments, give up passwords, and plug-in USB devices.

Opportunistic insiders are motivated to obtain some personal gain if—and only if—they think they can get away with it. They don’t set out to harm your company, but if a good opportunity arises, they’ll try.

This attacker matters to every company because you must provide access to insiders, and they may attack if they think they can get away with it.

Disgruntled insiders are motivated by revenge. They start as loyal people, but then something changes. Maybe they are denied a promotion or a contract or disagree with a stance taken by the CEO. Maybe they simply change their political views. As a result, they become angry and set out to hurt your company. Unlike accidental or opportunistic insiders, disgruntled insiders are malicious.

This attacker matters to every company because it’s impossible to keep every insider happy all of the time, and it’s difficult to know when they decide to retaliate.

This attacker matters to every company because your enemies know that getting an insider is the most effective way to achieve their malicious goals. Worse yet, they know that many companies rely on their misplaced confidence in “external penetration testing,” while your attackers want to exploit you from the inside.

Establish a threat model — it’s the foundation of your security plan.